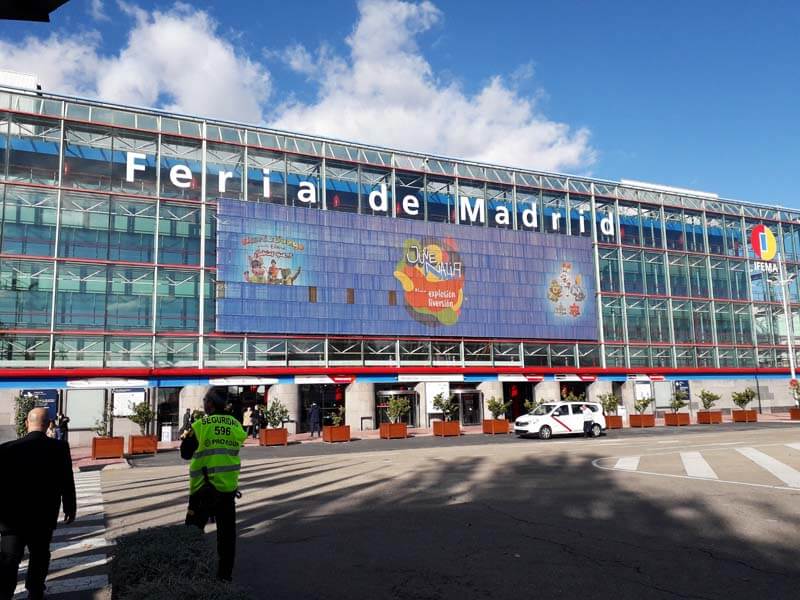 During the past November 13 and 14 I moved to Madrid to visit the Empack 2019 packaging, logistics, labeling and printing fair, for professionals and companies whose activity is within these sectors. 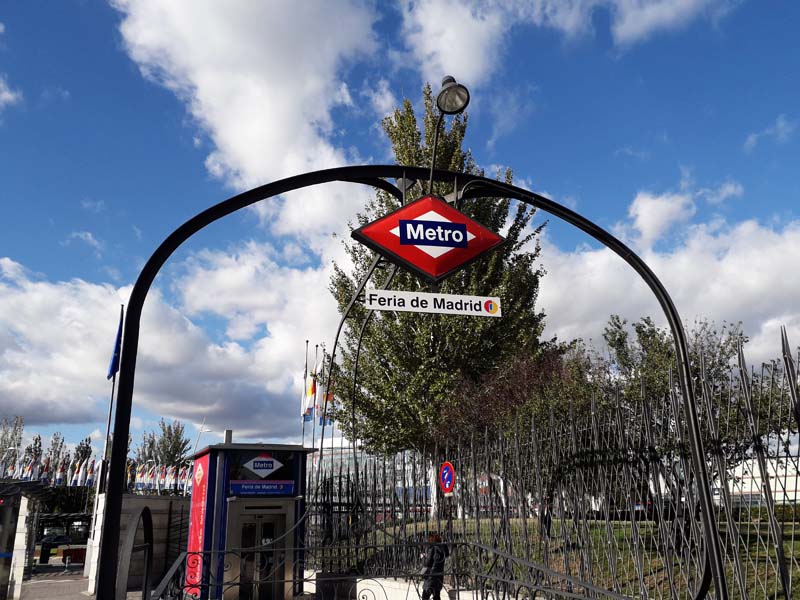 The fair took place at the IFEMA fairgrounds which is located on the outskirts of Madrid, although very well connected by subway (line 10 to an airport stop and about 5 stops from the 'Nuevos Ministerios' metro station, where you can take line 8 to go to the city center).

During the two days of the fair, it opened its doors in the morning at 10:00 am for visitors, in continuous hours until 6 pm. Once there I went to the entrance counters to redeem the entry I received by email when I made the registration weeks before, for the accreditation / pass that has to be hung for both days. 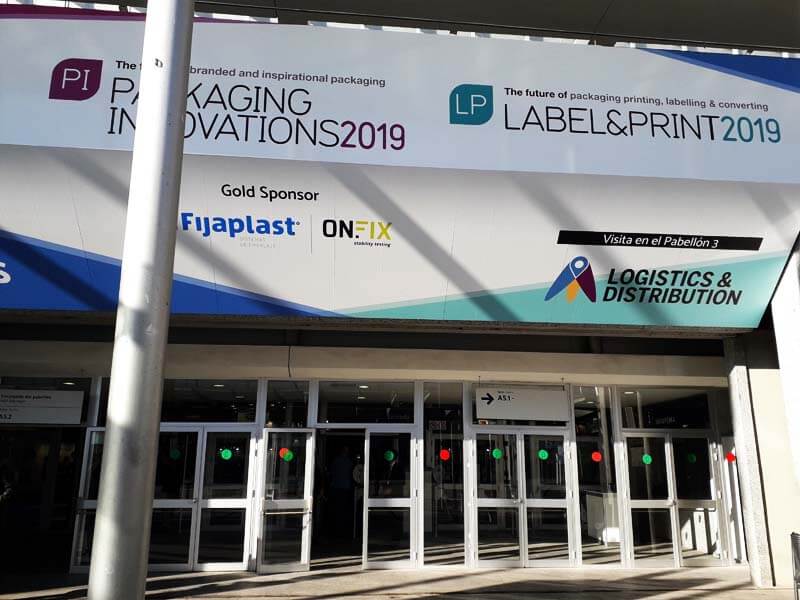 Halls 3 and 5 of IFEMA welcomed the exhibitors of the fair, and in each of the two entrances, a little hidden, were located a small wardrobe to leave the suitcases or the outerwear, these wardrobes are small and have a limited capacity so they soon had the full poster. I have to say that the first day I asked the people who gave the accreditations if there was any kind of closet/wardrobe and they said no, and being in a slightly hidden corner I did not see them and on the first day the suitcase was my partner.

Once you set foot inside the fair you first explore the place to discover the exhibitors, guided by the plan and list of them that are provided at the entrance.
Packaging companies, manufacturers of marking and labeling machinery, packaging, software ... took the opportunity to exhibit their products and services and seek new business opportunities among professionals attending the fair.

In the sector of labeling there was no developer of labeling software exposing, while printer manufacturers had an average representation with the presence of:


In relation to inket marking were present between others Domino and Markcolor.
Other habitual assistants of this type of fairs are integrating companies and engineering. Some as well known as PSI Peripheral Systems Iberia, exhibited different devices among which were Godex printers. Ingetech showed us its robots for storage and palletizing. 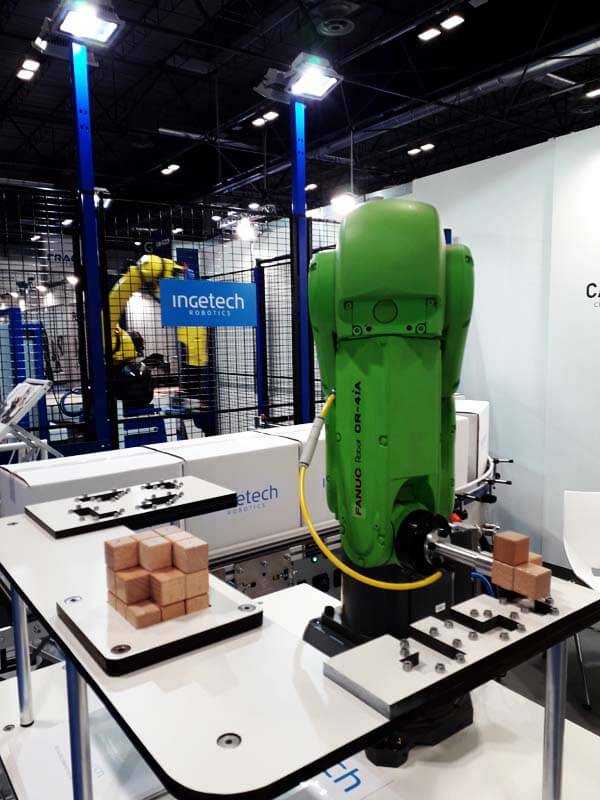 Simacod projects, Marcopack (that integrates Carl Valentin teams among its products), Grupo Lara, distributors of Toshiba Tec, deployed a large number of printers of this brand that had not been so would not have had a presence at the fair.
And also, in relation to weighting Dibal was at the fair, they exhibited many weighing systems but I was struck by the integrated label printer, which has already been around for 9 years among its products.
Bizerba had a gigant stand right outside the fair.

Regarding the packaging companies, the Mimo group created a comfortable lounge with its folded boxes. Also made presence, among others, Altec Pacaking

It is possible to say that some of the exhibitors commented on the high price of the floor dedicated to exhibit in comparison like other fairs. As in other events of this style, the prices of food and beverages that are offered almost exclusively at the stores of the fair are also abused.

We hope to be soon in another and to continue enriching ourselves with knowledge and the ways of this sector. 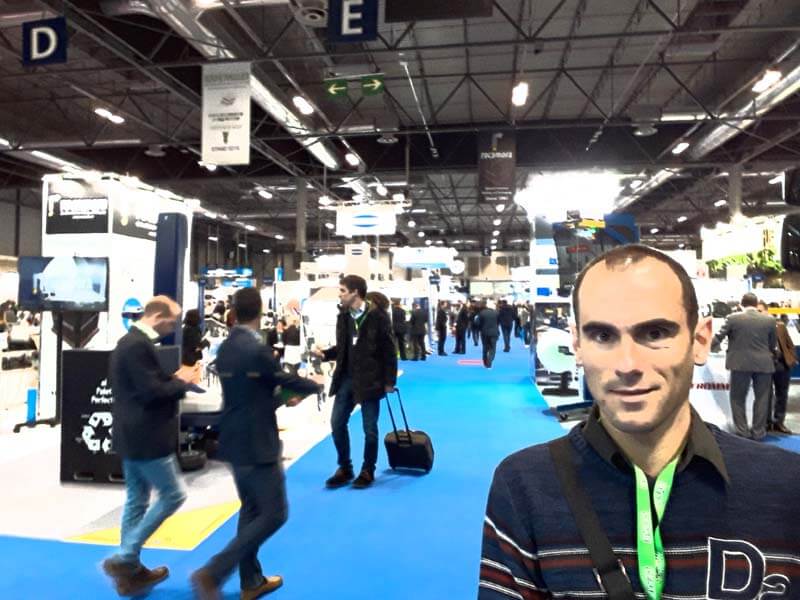